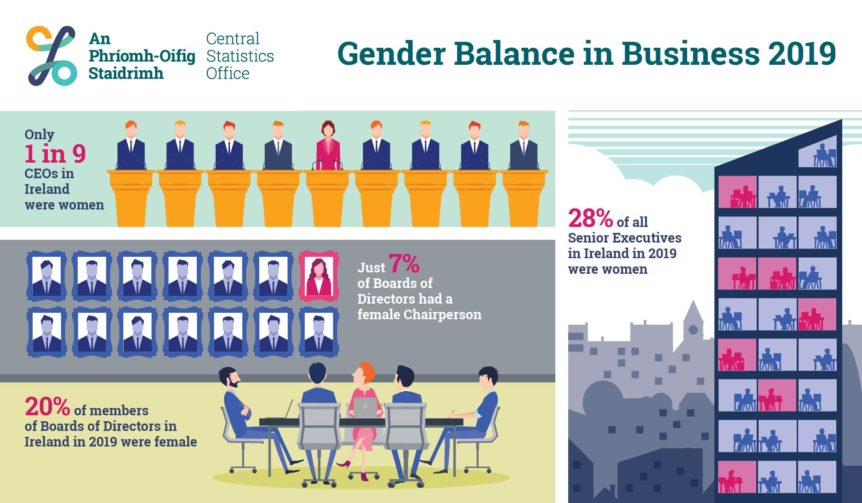 The latest statistics released from Ireland’s Central Statistics Office (CSO) are disheartening to say the least. Their headline figure is that only one in nine CEOs in Ireland are women.

Anyone who knows me will probably have heard me griping about The 30% Club – not about the organisation itself, it’s great that they are pushing for more women in senior executive roles – hey, so am I! But the fact that it has to exist in this day and age, and the fact that its AIM is only to get to 30%, that upsets me a lot. When they named the organisation did they pick ’30’ because they thought, ‘There’s a number we’ll never surpass, so that name will never be outdated.’? This REALLY riles me up. What happened to ‘DREAM BIGGER’?! I want them to be called The 100% Club, or at the very least The 51% Club.

Sadly, we are very still far off that day, but here at The Speak Up Club we’re going to be tirelessly plugging away, encouraging women to fulfil their potential and express their knowledge and ambition with the confidence it deserves, because we know you’re amazing!

P.S. If you want to invest in your career and give yourself the tools to fulfil your leadership potential, check out our upcoming workshops.